Songs for Our City began on Monday, June 15 and featured concerts nightly through the finale on Sunday, June 21, after postponement in solidarity with Black communities in New York City and across the country who are fighting against the injustice of systemic racism.

In celebration of the creativity and resilience of our community, the songwriting challenge featured new original songs written in response to the present moment. The participating songwriters were all past performers in our Broadway Buskers concert series, which showcases Broadway actors and composers who are also singer-songwriters in the Times Square pedestrian plazas.

Each participant wrote and performed a new song about their feelings right now, community, Broadway and the Theater District, or New York City. 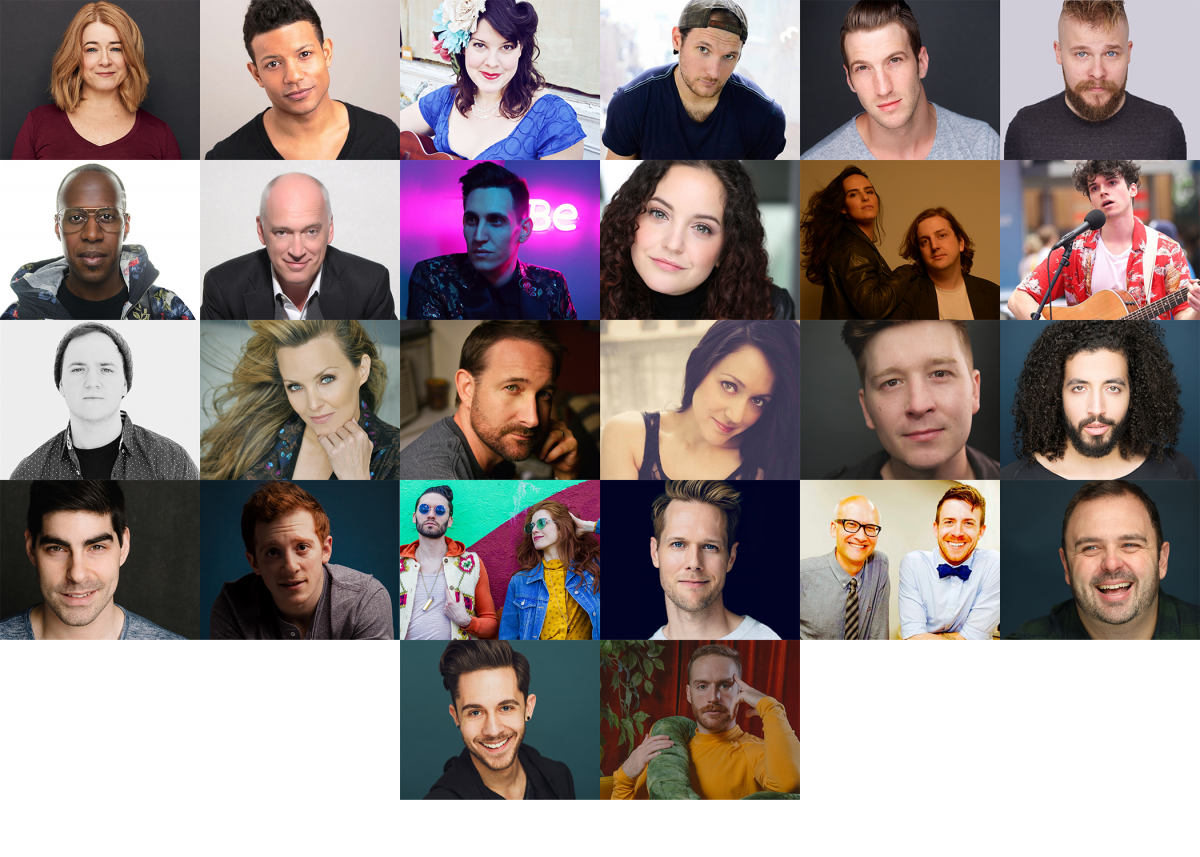 As part of Time Out’s Love Local Campaign, the virtual concerts were free to view. The core purpose of Songs for Our City was to respond to the present moment and to work towards restoration and rebuilding, healing and uplifting the city by both supporting artists and engaging audiences. In line with this intention, we encouraged audience members to donate to Broadway Cares/Equity Fights AIDS’ COVID-19 Emergency Assistance Fund, which provides resources and emergency financial assistance to those within the entertainment community who have been impacted by the pandemic, and the Broadway Advocacy Coalition, in support of their ongoing efforts to help Broadway heal, listen and become an anti-racist and equitable community. Each concert also included a highlight on how audiences could take action to create change, such as by listening, supporting, and volunteering.

The competition took place over seven concerts. In each of the first six concerts, viewers voted to send their favorite participant to the finale. Voting took place directly following the performances each night, using a link that was shared in the livestream. The audience also voted for their favorite participant among the six finalists to receive the Audience Choice Award.

The concerts can be streamed on the Times Square Alliance's Facebook page.

Final Concert: Sunday, June 21st
The participant with the most votes in each preliminary concert performed again in the final concert

About Ben Cameron Ben Cameron is your Broadway Buddy, bringing the Broadway community directly to you like a neighbor bringing over a tray of brownies (Broadway brownies, yum). Ben has appeared on Broadway in Wicked (OBC), Aida, and Footloose (OBC). Ben is the MainStage host of BroadwayCon and creator and host of the long-running NYC staple Broadway Sessions, now in its 12th season, which was the proud recipient of the 2019 Ruth Kurtzman Benefit Series Award at the MAC Awards. Ben counts down his top 10 picks in any number of Broadway-related themes every Wednesday on BroadwayWorld.com at 3pm EST. Will your list match up with Ben’s? Join the conversation LIVE!
Host of the Reward The Fan Broadway Trivia Series, he is also the creator and host of the worldwide hit podcast talk show “The Broadway Cast” and the web series “Dance Captain Dance Attack” on BroadwayWorld.com. Ben hosts countless events within the Broadway community for organizations like Broadway Cares/Equity Fights AIDS, NYMF, and Rockers on Broadway, and is a frequent face on PBS WNET. Your Broadway Buddy continues to present Broadway’s best to a wide variety of audiences.

About Time Out Group Time Out Group is a global media and leisure business that helps people explore and experience the best of the city through its two divisions – Time Out Media and Time Out Market. Time Out launched in London in 1968 with a magazine to help people discover the exciting new urban cultures that had started up all over the city. Today, the Group’s digital and physical presence comprises websites, magazines, live events and Time Out Market. Across these platforms Time Out distributes its curated content – written by professional journalists – around the best food, drink, culture, entertainment and travel across 328 cities in 58 countries. The first Time Out Market opened in Lisbon in 2014 and is now Portugal’s most popular attraction with 4.1 million visitors in 2019. Following this success, five new Time Out Markets opened in North America in 2019 in Miami, New York, Boston, Montréal and Chicago. A further pipeline of other global locations includes Dubai, London, Porto and Prague. Time Out Group, listed on AIM, is headquartered in the United Kingdom.