Installed in 2013, the permanent Spotlight on Broadway installation on Duffy Square (Broadway between 46th and 47th Streets) provides a unique look at the theater district.

The in-ground map, made out of steel and granite, gives visitors an engaging way to visualize the density of the world’s largest theater district while standing in the center of Times Square. 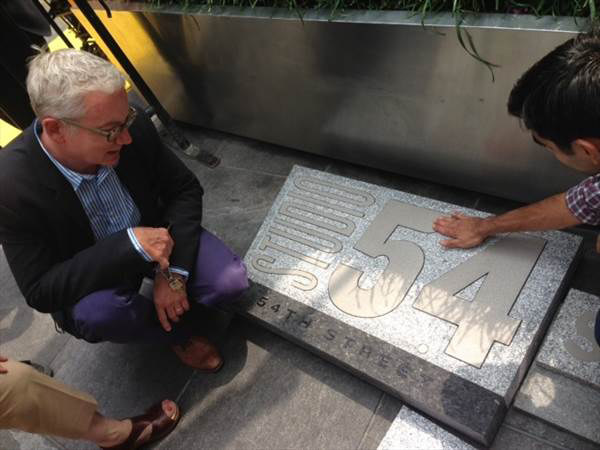 Spotlight on Broadway is a multimedia project of the NYC's Mayor’s Office of Media & Entertainment to celebrate the unique, indelible legacy of Broadway and its forty theaters. Throughout its history, the Broadway theater district has both reflected and helped shape the essential character of New York. Thanks to the thousands of men and women working on Broadway today, audiences continue to be delighted and enthralled by the Great White Way. 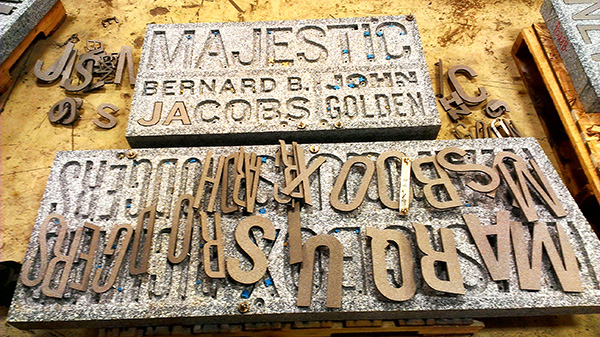 Watch a series of videos, produced by TVGals Media, featuring a range of Broadway storytellers filmed inside each of the Broadway theaters at SpotlightOnBroadway.com.