Skip to main content
Soul in the Heart of the City

Richie DePaul knows a thing or two about the rhythm of Times Square. A lifelong New York City resident (minus a stint in California lifting his music career off the ground), Richie spends his weekends feeding off of Times Square’s perpetual energy as the drummer in a classic soul and Motown revue, Decade of Soul. We sat down with Richie to talk about his music career and what it’s like to have a music residency in the heart of Times Square at B.B. King Blues Club & Grill. 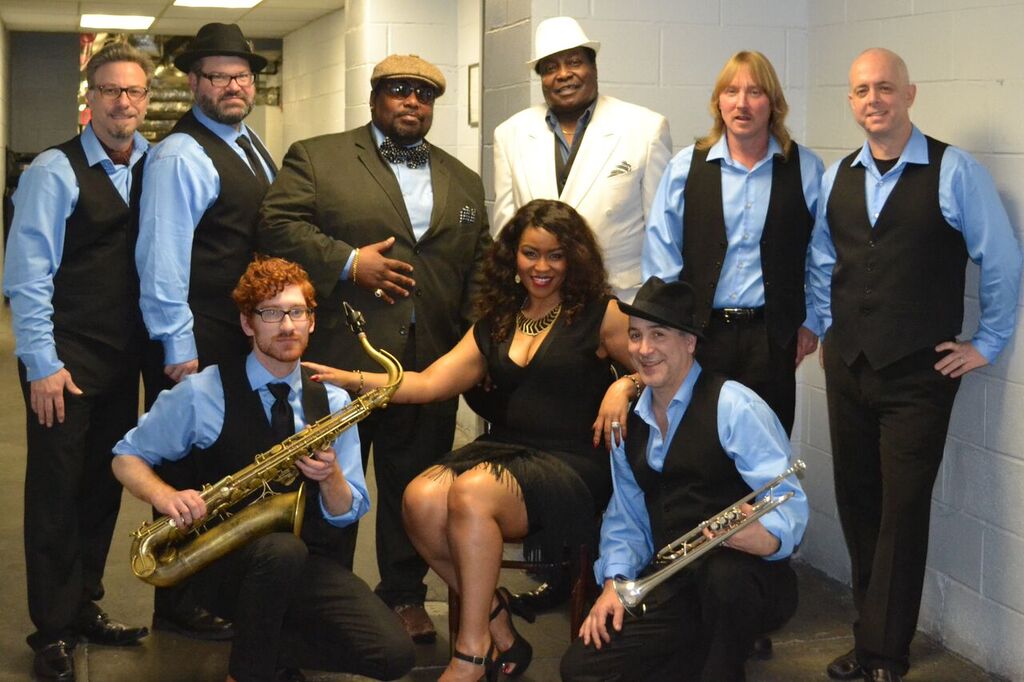 The Origins of Decade of Soul

Throughout his time in the city, Times Square has been a reoccuring theme in Richie's life. As a teenager, he even worked as a line cook in Times Square when the neighborhood was years away from being cleaned up. He's played music most of his life, and moved to San Diego for a time, starting a variety of classic rock cover bands. When he had the opportunity to move back to New York, he headed down a similar track. He put together tribute bands, including one for the Allman Brothers and other classic rock and roll bands, but he never quite felt like he was hitting his mark. “I wanted to do a show, something that was different,” Richie said, “something that pleased everybody, that no matter who bought the ticket they would come in and watch it.”

Then, serendipity stepped in. One afternoon about 12 years ago, he was in a park having a picnic and heard Stevie Wonder on the radio. Watching hundreds of people get up to dance on a soccer field to Stevie Wonder, he said to his friend, “this is what I’m putting together.”

Getting the Band Together

Richie gathered musicians he knew who played soul music. They did a few gigs, but something was off. “I said, okay guys, it sounds great but we need a show!” What Richie wanted to avoid most was the group being known as “just another bar band playing soul music.” They added different elements, including a slideshow of the musicians whose music they played, to kick it up a notch and expand the production. After playing at different clubs, resorts, and casinos, Richie got the idea of coming to Times Square and finding a venue that could host Decade of Soul.

They connected with B.B. King Blues Club and started to develop a following at the venue. After one particular show, an agent spoke to Richie and suggested he find a house residency in Atlantic City or Vegas. Richie opted to stay local and approached B.B. King Blues Club with the idea of a residency, something they could advertise was happening every week, and a partnership was born.

Soul in an Entertainment District

Decade of Soul really hit their stride in the time leading up to Motown: The Musical on Broadway, which opened in 2013. People were craving classic soul hits and because of the range of artists Decade of Soul covers, there’s something for everyone. Richie said, “People will tell me, ‘Your show doesn’t leave out anybody. You played 16 or 17 artists for us tonight!’” People usually can’t stay seated during the show, instead they get up and dance and sing along. Today, Decade of Soul is a nine-piece band, complete with choreography and star performers. Prentiss McNeil, a player and a singer in the band, was with The Drifters for 27 years. One of the lead vocalists, Jae Jones, does a separate Aretha Franklin tribute show with Richie at B.B. King Blues Club, a spinoff inspired by the reception they were getting at the Decade of Soul shows.

Richie and his bandmates feed off the energy of Times Square and the passionate audiences that attend the show. Over time, they have developed a following with repeat audience members. “We have a walk-in crowd, but you still need a following to fill it out,” Richie said, “People see the reviews online, and they can’t wait to come in and see the show.” Lovers of soul music have a special connection to the genre, especially people who grew up listening to it. It’s not uncommon for Richie to see some in the audience get emotional hearing a certain song or particular artist. It touches him to see the kinds of emotions their show elicits. “I’ve been in shows where I see people getting emotional, and then I do too! My bass player turns to me and says, ‘Dude, are you okay? What the hell is wrong with you?’ But sometimes success isn’t what you make in a pay check. If you give energy out to somebody and they give it back, that’s success to me. We do it each and every week.”

You can find Richie and his band, Decade of Soul, at B.B. King Blues Club & Grill Fridays at 7pm and 9pm and Saturdays at 6pm and 8pm, and visit DecadeofSoul.com to learn more.