Each year, Times Square celebrates New York City’s creative community and vibrant arts ecosystem with free performances in our public plazas. Running from May through September, TSQ LIVE is a season of programming showcasing the incredible diversity of talent that our district and city have to offer across a spectrum of engaging artforms, including music, dance, comedy, and more.

All our events are FREE, open to the public, and for all ages! Keep an eye out... 2023 information will be coming this spring. 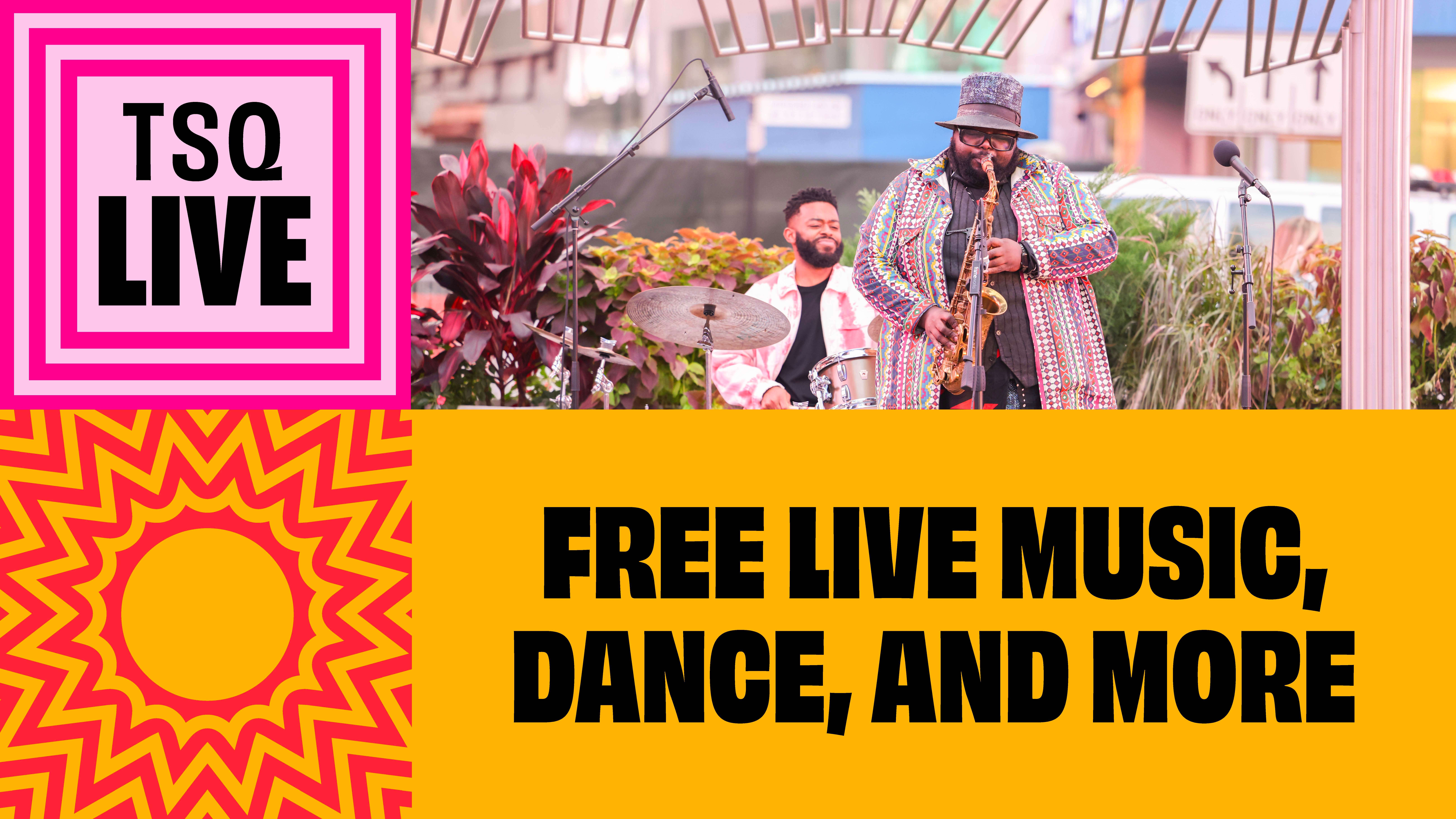 Cue the beat drop. Tune in on Tuesdays to hear NYC-based DJS bringing their expert craft to music lovers and casual listeners in Times Square, presented by Brooklyn-based Rash Bar.

Enjoy live music brought to you by an array of neighbors across the district, including Lagos, Jasmine’s Caribbean, Havana Central and Swing 46.

Jazz at Lincoln Center brings New York City’s jazz scene to Broadway, creating the feeling of an intimate club amidst the lights and sounds of Times Square.

In September, Carnegie Hall will host three free concerts in Times Square that are sensational celebrations of sounds from across the country and around the globe.